The Wall Street Journal has an interesting article about the niche clothing stores catering to short men. The average height for men in the US is 5’9″, so any man under that height is considered to be short, much like how women under the average height of 5’4″ are considered petite. Short men encounter many of the same fit problems with standard sized clothing as petite women do, mainly improper proportions. When I first started reading this article, I thought it was going to be another “clothing sector hit hard by economy” story, but it was actually a lot more interesting than that.

While there are stigmas with being a short woman, such as being looked upon as young, and thus under qualified in the workplace, being petite is also viewed as an asset when it comes to beauty and dateability. Petite women are often seen as cute, and thus attractive. Also, many men and women prefer to engage in relationships where the man is taller than the woman, giving petite women another advantage in that respect.

Short men, on the other hand, face all the same societal stigmas as petite women, and then some. Not only do they have to face all the Napoleonic complex jokes, but also discrepancies in perception of masculinity, and lowered dating desirability as compared to their taller counterparts. Short guys have it tough!
As do the stores that cater to them. 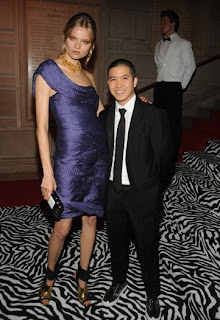 Much like how stores that cater to plus-size women have to battle the embarrassment their customers feel stepping into a store labeled for “fat people”, short men’s clothing stores are battling the embarrassment men feel in being labeled as “short”. Add to this the evolution of the ever more casual workplace, and shortened demand for suiting, these niche men’s stores are finding profitability difficult.

While not exactly the same situation, I’ll add here the fact that I am too embarrassed to openly shop for clothing in children’s departments. Even though a lot of really small petite women find success with children’s sizes, I draw the line at juniors departments. While children’s clothing is not technically made for petite women like myself, I avoid shopping them even though there is a chance I could find items that fit. Because of this, I understand the relucatance to shop in a place that may stigmatize you as undesirable, or, in my case, as puny as a 10 year old.

Not only is this article an interesting read, but it gave me an opportunity for a gratuitous Thakoon photo. He’s awesome!
Read the article from online.wsj.com here