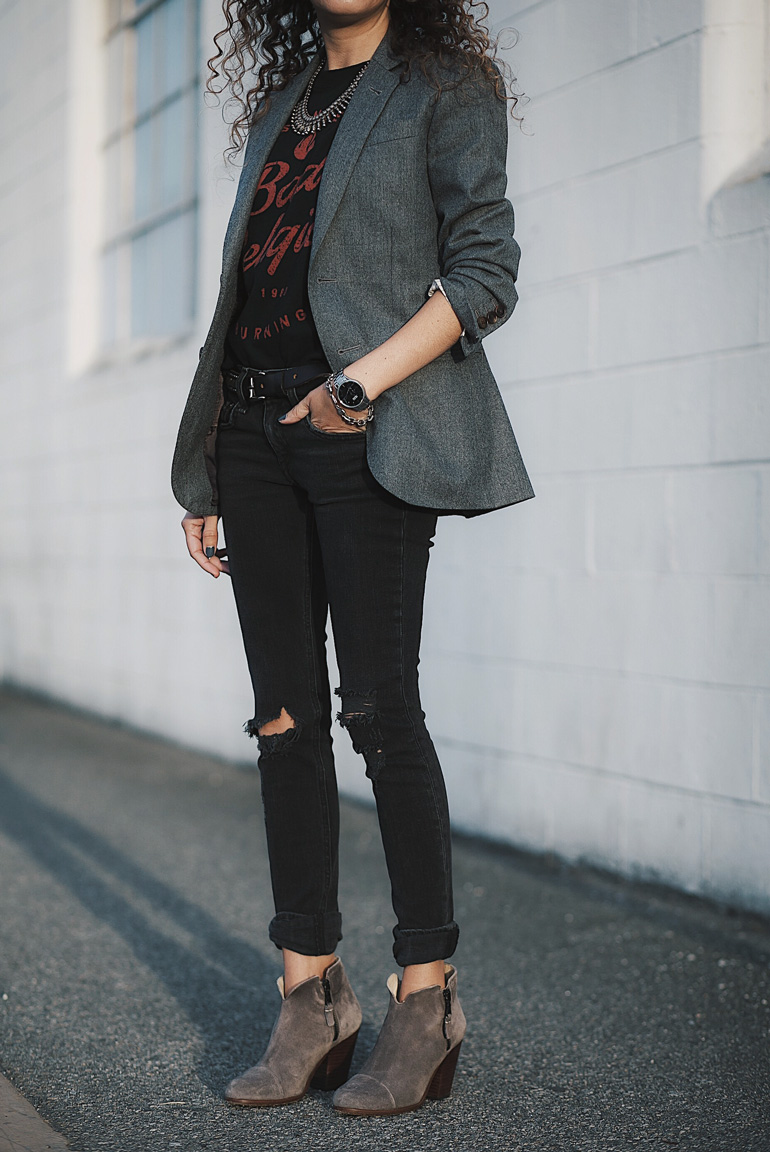 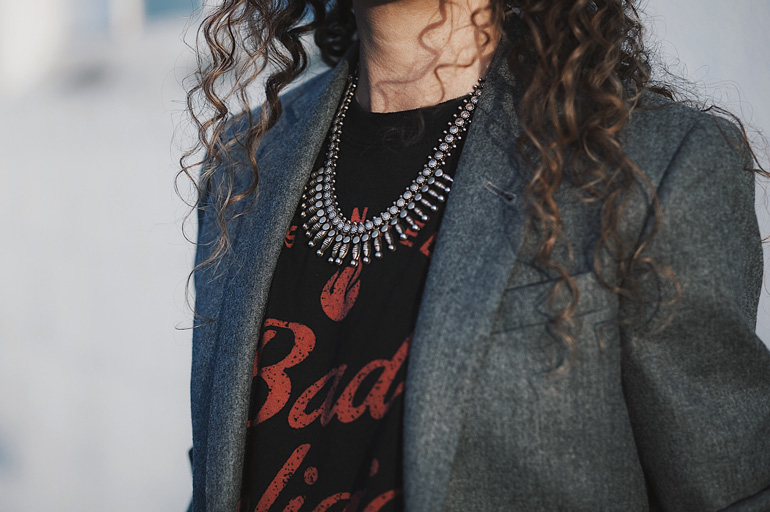 I’ve been going back and listening to albums I loved as a teenager, and my gawd, it has been enlightening. Now that I’m older, I’m much more cynical and existential than I was in my teens (I was never an angsty teen. My parent’s got off so easy). As a result, I’ve found myself relating to the lyrical angst I missed out on the first time around by a surprising measure. My faves of late…Smashing Pumpkins circa Mellon Collie and the Infinite Sadness (you’re right Billy, the world IS a vampire), and Bad Religion circa…any album really, they’re all good.

So, yeah, I’m on a 90’s rock band tee thing, but paired with sleek skinnies, suede ankle booties, and a wool blazer to keep the look polished.