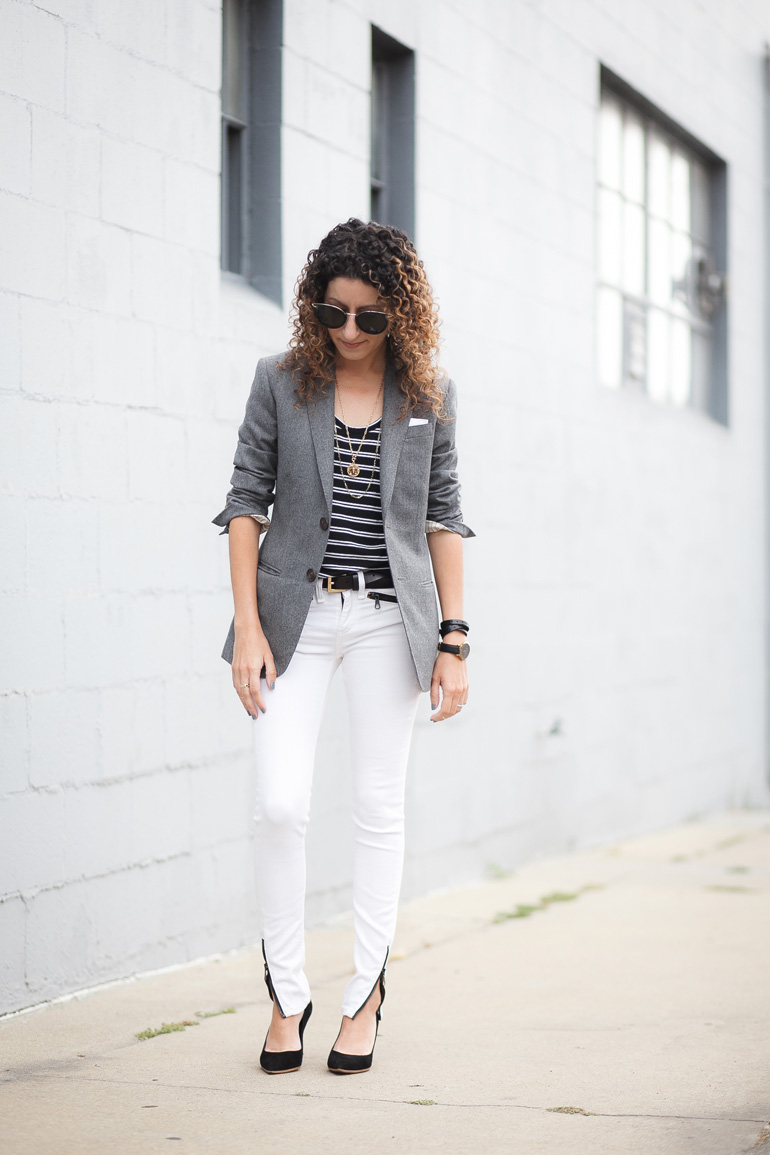 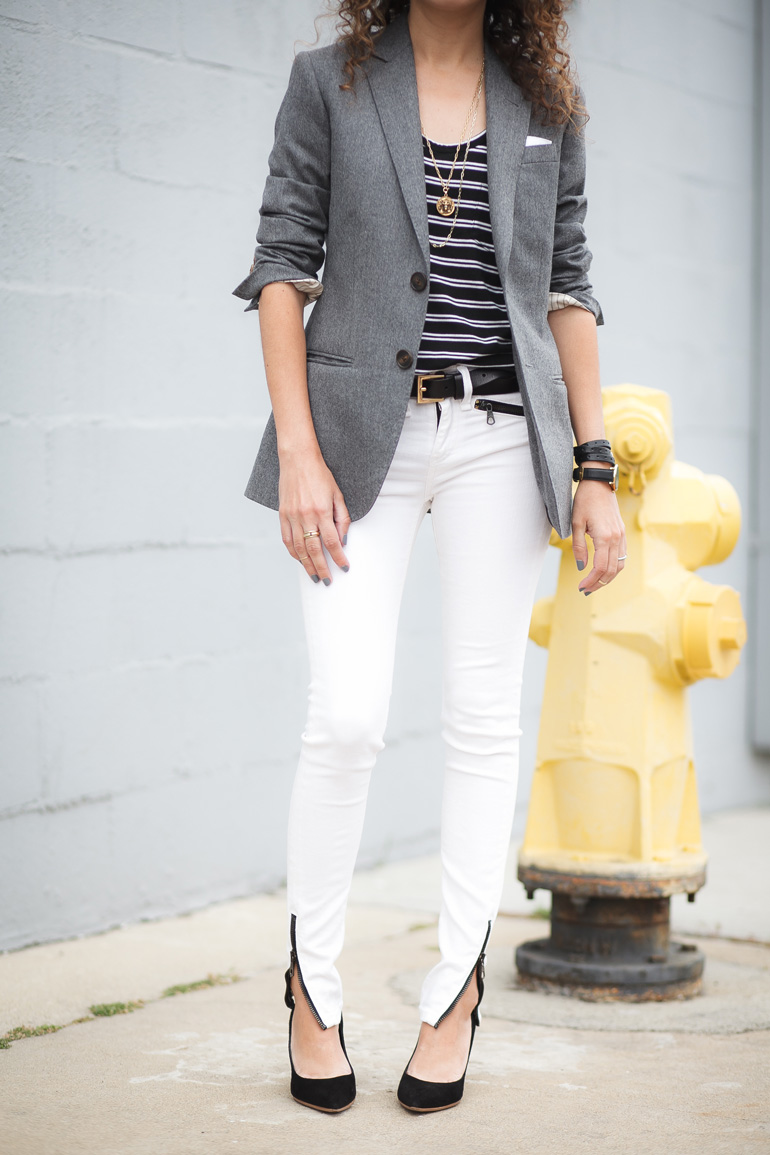 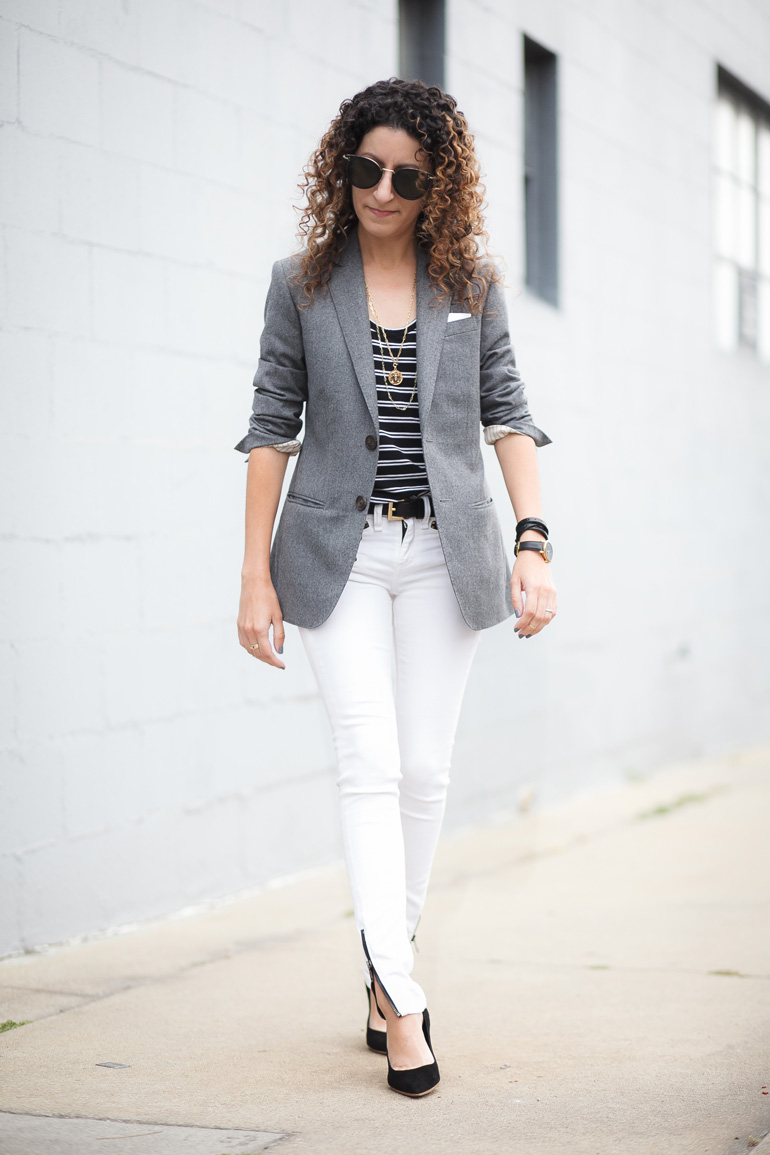 I read a cool article a while back that told the story of where we get the whole “no white after labor day” thing and I thought I’d share it here. Around the turn of the century, cities were dirty, disgusting places to live, so you could not wear light colors because they would instantly get riddled with mud, poop, and other vile things the second you stepped foot into the street. Luckily, the rich could escape the dirty, sweltering, smelly cities during the summer for the comfort of their country homes, where they could don their white and light colored clothing without worry. Hence the term “summer whites”. But you had to put your white clothing away again once you returned to the city at the end of summer, which eventually became “no white after Labor Day”. Cool, huh?

I wore this outfit over the long weekend to the most amazing food festival called The Farmer and the Chef, hosted by Manuela and the LA Times in the DTLA Arts District. The concept was to bring 10 chefs together with 10 local farmers to create unique and locally sourced artisanal dishes and drinks. As someone who has never enjoyed cooking (I even hate grocery stores and view instant ramen as adequate nourishment), it’s fascinating to watch people who approach something I view as mundane as an artistic venture. The passion with which they create beautiful and tasty dishes from quality ingredients is admirable and reminds me of how many people view the fashion world. When I fawn over a beautifully crafted jacket made from finely sourced wool, I’m in awe of the artistry behind the shape, structure, and attention to detail. Many people just see an overpriced jacket.

Anywhoo, it was a super fun event and I hope they do it again next year because I had what was probably the tastiest slow cooked pork in my life and I’d like some more, please. It would go great in my instant ramen.