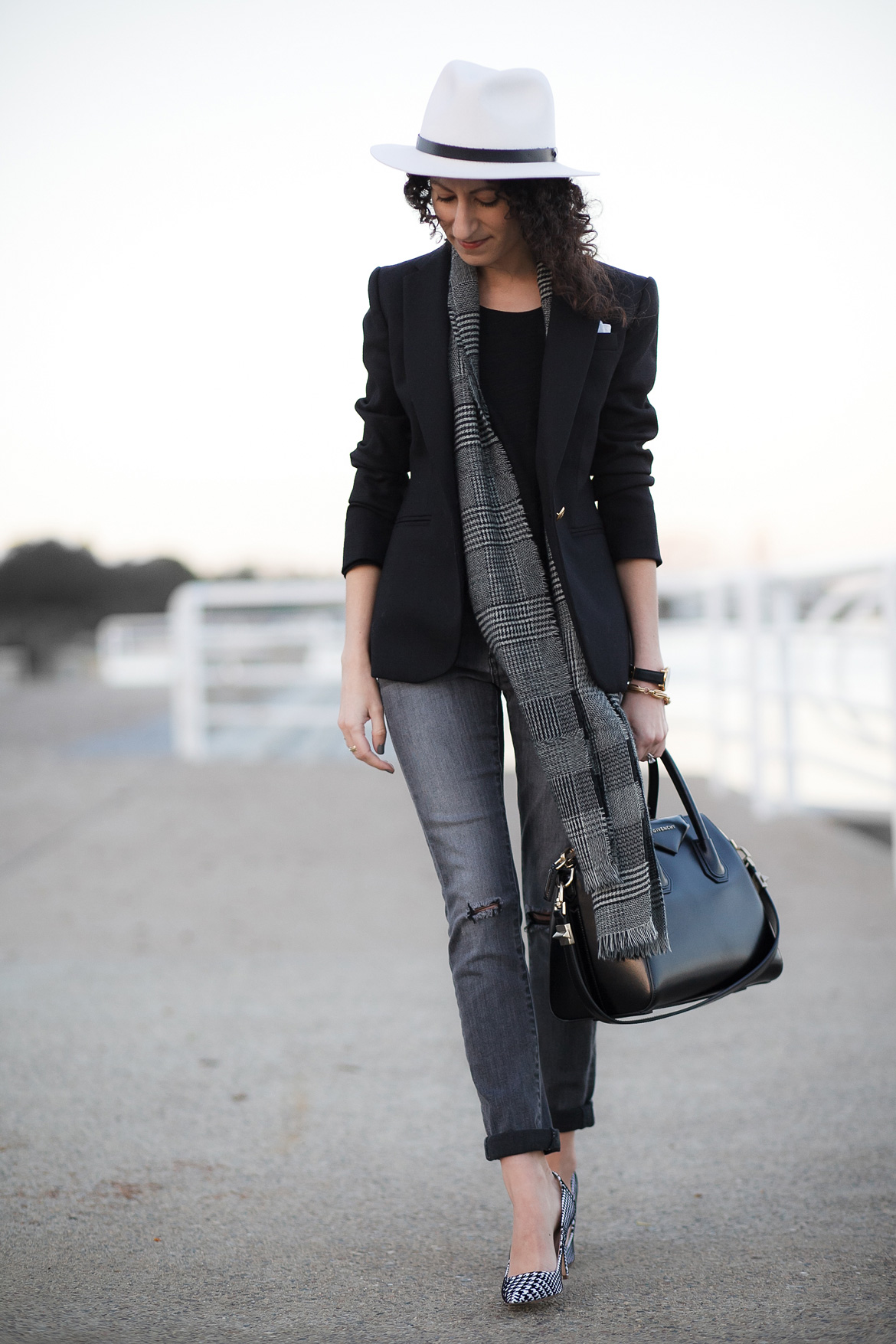 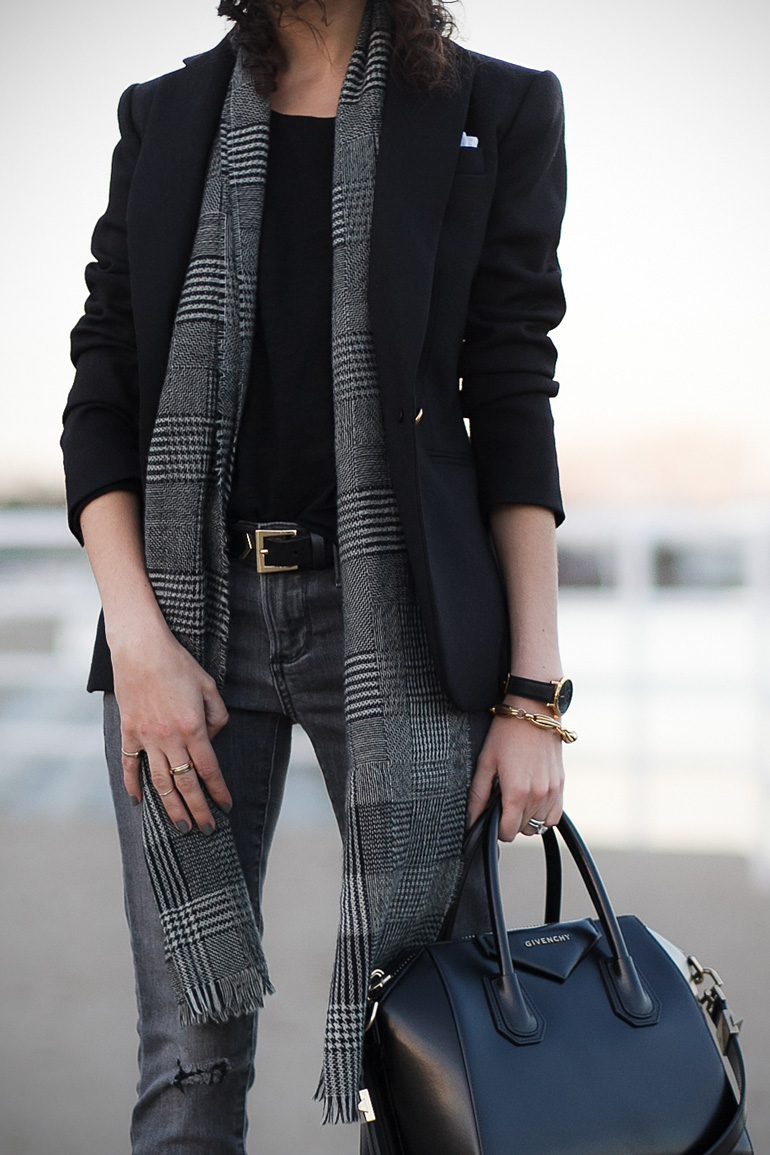 Yet another great wispy 100% wool scarf from Banana Republic! I love scarves in gauzy wools because they drape really well, and are easy to slim down if they feel a little too bulky. Sure enough, seeing as this is technically a men’s scarf, the length is a little longer and it felt a tad bulky on my frame. But no worries because I took my trusty scissors to it, cut it down the middle length-wise, and then pulled a few threads to match the factory produced raw edge.

I love how it turned out, and much like how I like to wear ties, I’m loving scarves left to drape around the neck and flow out from under a blazer. I really like how it becomes the focal point of the outfit, and allows me to wear a simple neutral palette around it.

Scarf has been slimmed