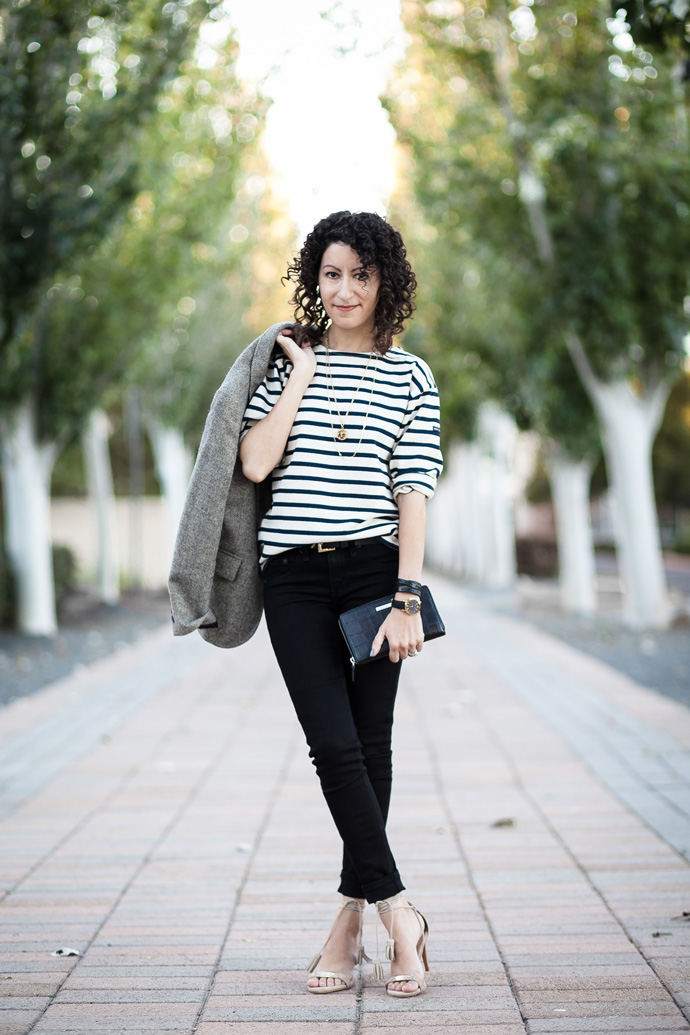 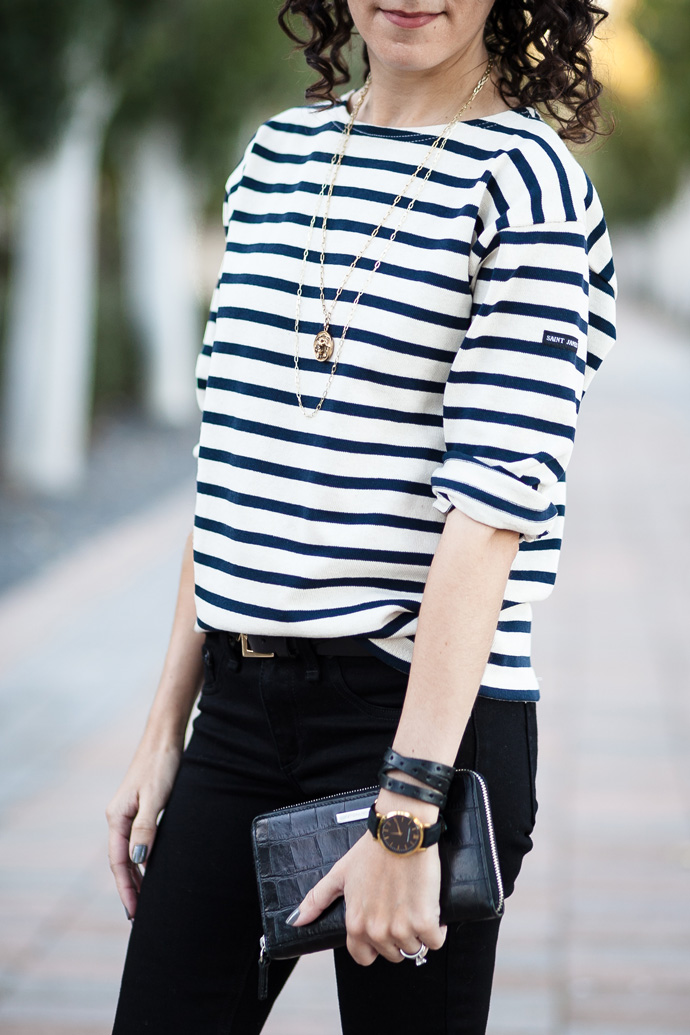 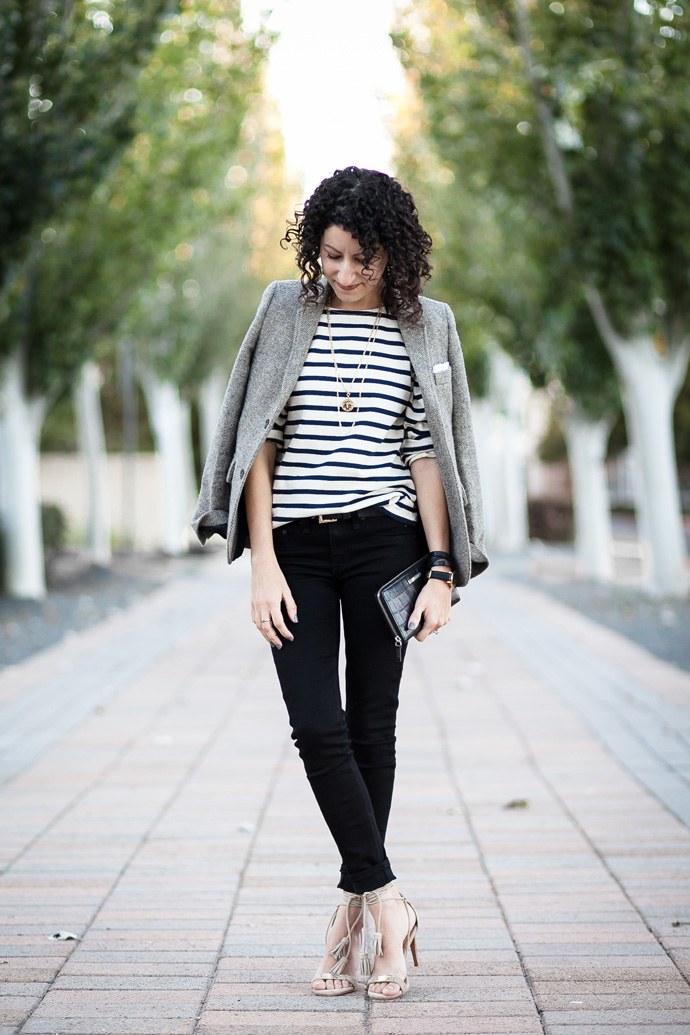 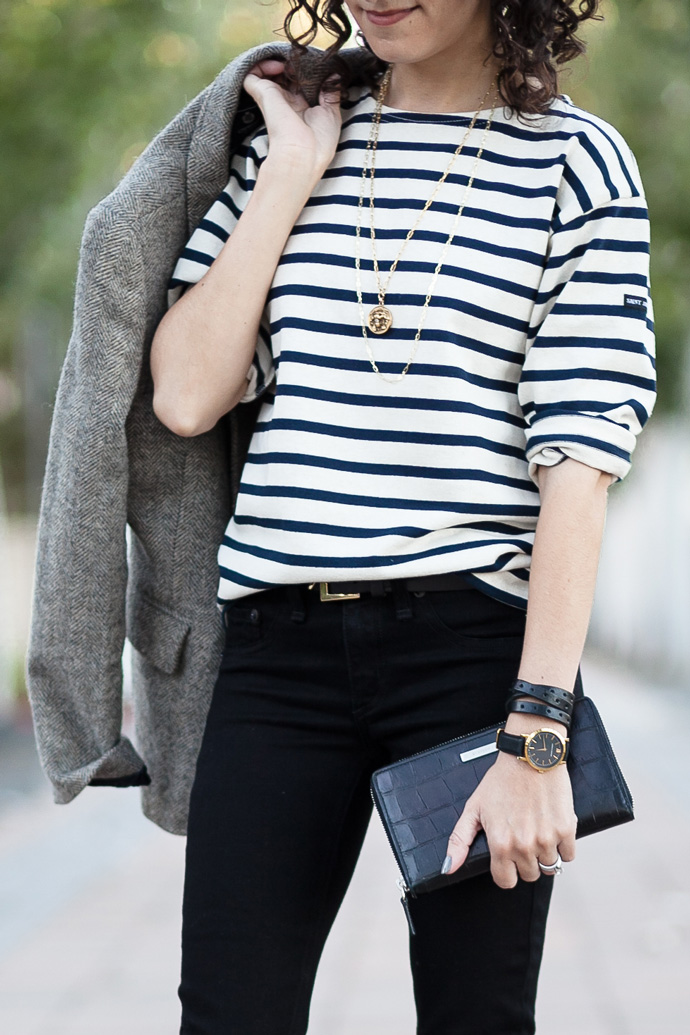 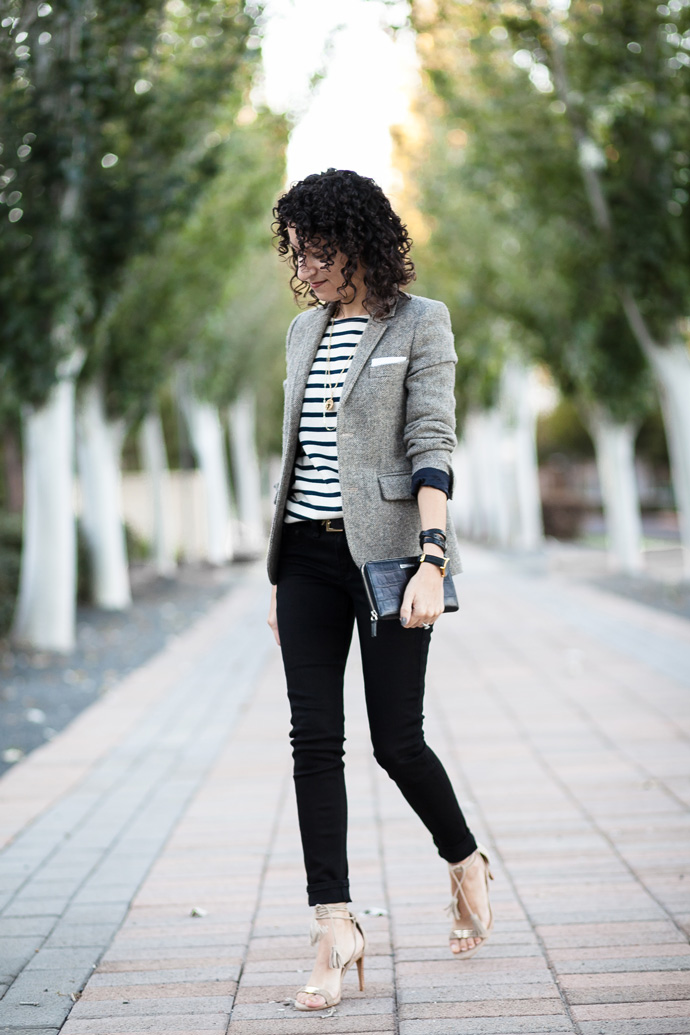 I don’t normally suggest shopping in the children’s department, but I have to admit that every now and then a great gem can be found. For example, this outfit is partly made of kids items. The blazer is from J.Crew Crewcuts that I had tailored to eliminate that usual kids boxy fit. It’s 100% wool and better quality than a lot of women’s blazers I’ve encountered. Now the newest kids item to make it into my closet is this Breton tee from Saint James.

The famous Saint James “Meridien” tee is often labeled unisex and marketed to both genders; great for that slouchy cool look on average sized women, but bad for petites who may be swallowed whole by that unforgiving sizing. In the comments of a post from last year about classic Breton tees, a reader (thanks Eveange66!) noted she buys kids Saint James for a petite fit. Genius! As it turns out, Saint James kids tees are hard to come by in the US, and up until recently, I had never actually seen them offered anywhere. Then Nordstrom came to the rescue, as I stumbled upon the classic heavy cotton Meridien in a full range of kids sizes. I ordered the biggest size available (10y) and hoped for the best! When it arrived, I was happy to see it was a perfectly scaled down version of the classic.

I’m wearing size 10Y in these photos, and it’s a slouchy fit, which is exactly what I wanted. I could probably also fit in the 8Y for a trimmer silhouette, but I’d fear shrinkage in the wash. I figure the 10Y gives me enough slouch now while still giving plenty of allowance for possible future laundry shrinkage. The tee features a slight boat neck, straight boxy torso, oversized shoulder, and sleeves that start wide and slowly taper to the wrist. The sleeve length is akin to a bracelet sleeve on me, and features that iconic “Saint James” label at the upper arm. The 100% cotton is a heavy knit, almost like a sweater, and the color “Ecru/Marine” is a cream with navy stripes. I’ll also note that the kids version is much more wallet friendly than the adult version, by nearly half the price.

For those interested, the measurements of size 10Y (laid flat) are below:

Blazer has been slimmed
Pants have been hemmed & ankle slimmed