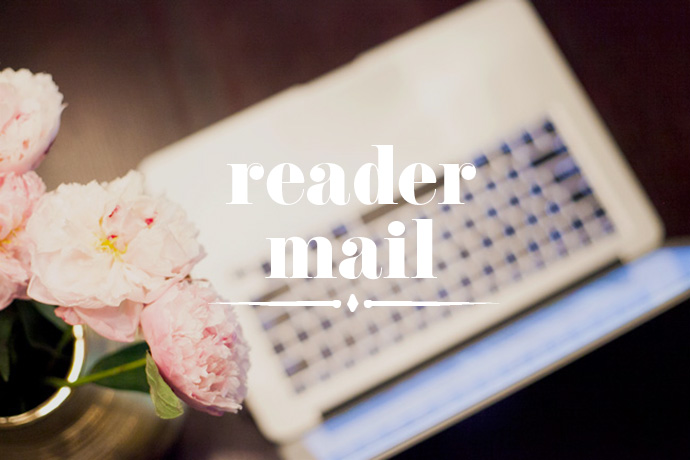 This week, I wanted to share the experience of reader, F., who’s been having a difficult time with getting the sleeves of her blazer shortened. Should be a simple alteration, right? Turns out, not so much. F. has learned some things that may be helpful to some of you out there (I know it’s been helpful for me!).

Backstory: F. has a blazer that fits nicely everywhere except the sleeves are too long. The sleeves have functional working buttons on the cuffs, which means the sleeves can’t be shortened without chopping off some of the buttons, which could look awkward. The blazer can’t be taken up at the shoulder because the upper arm is already so fitted, that if it were pulled up much further, it would fit too snuggly. F. would like the sleeve to be shortened, and the resulting cut-off button to be reattached with a new working button hole (button hole would have to be created, and sleeve button placket would need to be extended).

F.’s emails have been edited for brevity & clarity, and important information highlighted.

“I thought I would update you on what I have learned during this adventure in hopes that perhaps it would either help you or one of your readers who have the same question.

…one tailor, saying that it would look off for the reasons previously mentioned, would only shorten from the shoulder, but could only shorten by a small amount (1/2″-3/4”) due to the sleeves’ slim fit, which hardly seemed worth the expense and possible danger of ruining the jacket if the alterations didn’t come out right.

…According to that tailor, it would be impossible for him to lengthen the vent (not enough fabric) and impossible to add another buttonhole (didn’t have access to the original buttonhole machine and every machine makes slightly different buttonholes) on my jacket with the open buttonholes. He said that he could if it had closed buttonholes instead.

…I think it really helps in your case that you already were doing shoulder alterations and slimming the sleeves. The former for the reason that it make shortening from the shoulder easier when the sleeve is already removed as you had pointed out, and the latter as it seems that shortening from the shoulder on a jacket with already slim sleeves poses major limitations to how much can be shortened.

…It seems that as much as people claim that functional sleeve cuffs are a sign of craftsmanship and attention to detail, tailors seem to regard them as a major annoyance when it comes to alterations (both tailors I spoke to had disparaging things to say about functioning buttoned cuffs, which surprised me). I think in the future, I will be sticking to those closed buttonholes that give me the look of a functional cuff but without all the problems.”

I found the part about functioning open buttonholes, being one of the commonly understood hallmarks of quality craftsmanship, being an annoyance and hindrance to tailors. Personally, I love real working buttonholes, and I’m quicker to purchase an item if it has them. While shoulder alterations are not ideal (and a hinderance for me), they have afforded me the luxury of shortening sleeves with functional open buttonholes without any issues (from the shoulder, since the jacket is already getting pulled apart there anyway). Just more food for thought when considering items that need tailoring.

Thank you, F., for sharing your adventures with us!