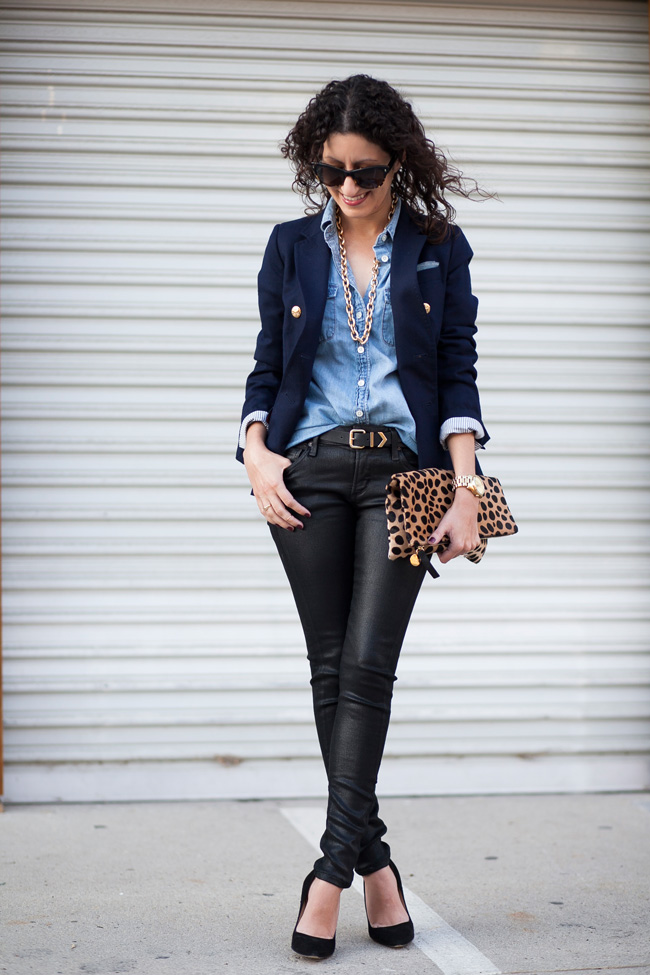 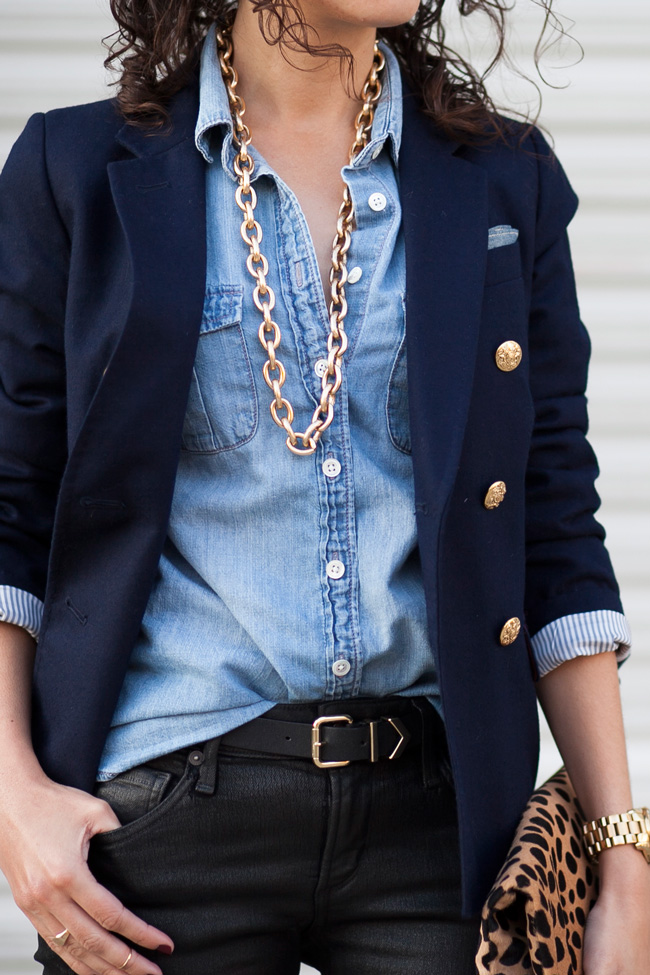 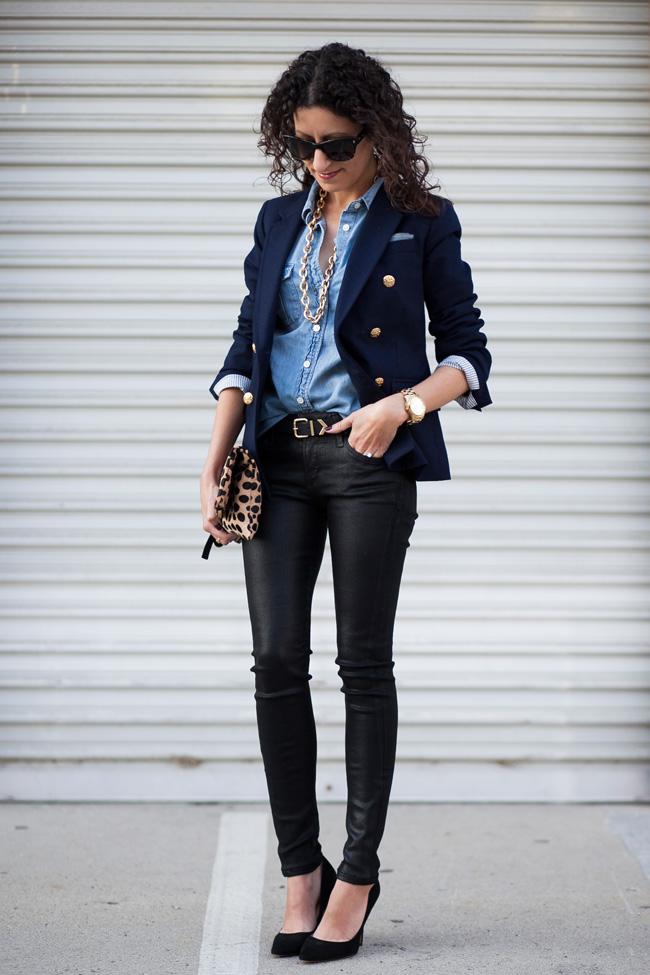 It’s so weird how every now and then, J.Crew puts this chambray shirt on deep discount, usually on sale plus an extra whatever off promo, despite it being a pretty stable offering to their product line. If you can snag such a deal, it’s pretty awesome because it really is a “keeper”. The fabric is substantial in weight, and in that perfect worn-in denim shade of blue that I suspect will only get better with age. Add all that to the fact it comes in special sizes and I’m a happy camper. =)

Does anyone else still have a mental block against the “Canadian tuxedo” like I do? Despite a case of everyone-is-doing-it, I can’t seem to feel comfortable in a denim on denim look. I suppose I ‘ve had too many formative years where it’s been hammered into my brain as something you just don’t do, despite the fashion world declaring denim on denim a thing.

Speaking of the Canadian tuxedo…wanna hear where the term comes from?

In the 1950’s, Bing Crosby was denied service at a hotel in Vancouver because he walked in asking for a room while wearing his hunting gear – Levi’s jeans and denim jacket. Back then, denim had a bad reputation (thanks to Hollywood bad boys like James Dean and Marlon Brando), and was deemed socially inappropriate (a form of snobbery against the uniform of the blue collar worker). When Bing’s harrowing tale got back to Levi’s, the company made him a bespoke tuxedo jacket made out of…you guessed it…denim, and the Canadian tuxedo was born. Interested parties can read a more detailed version of the story as told by a Levi’s archivist here.