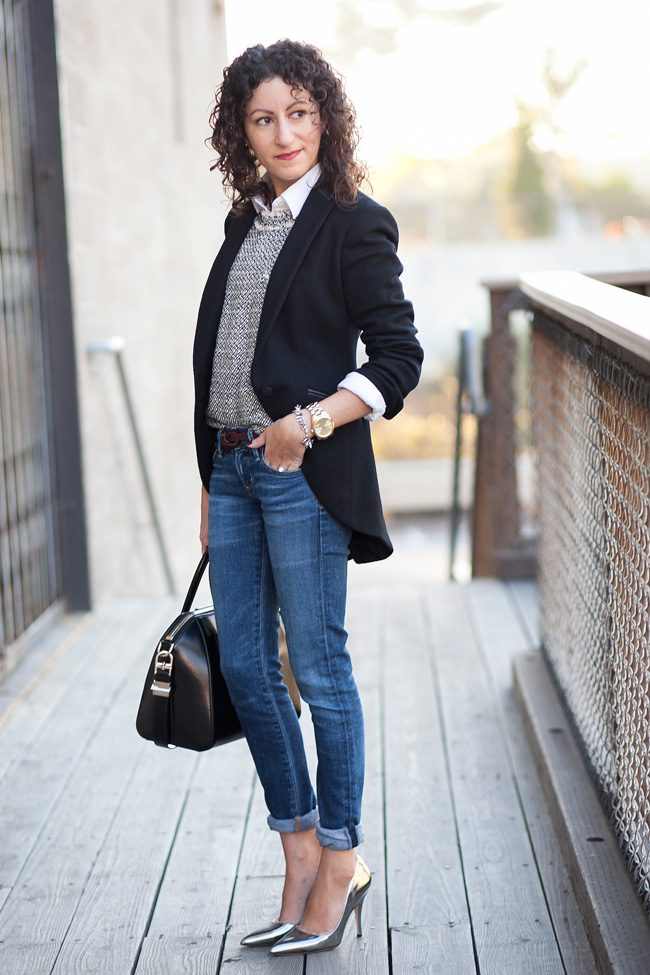 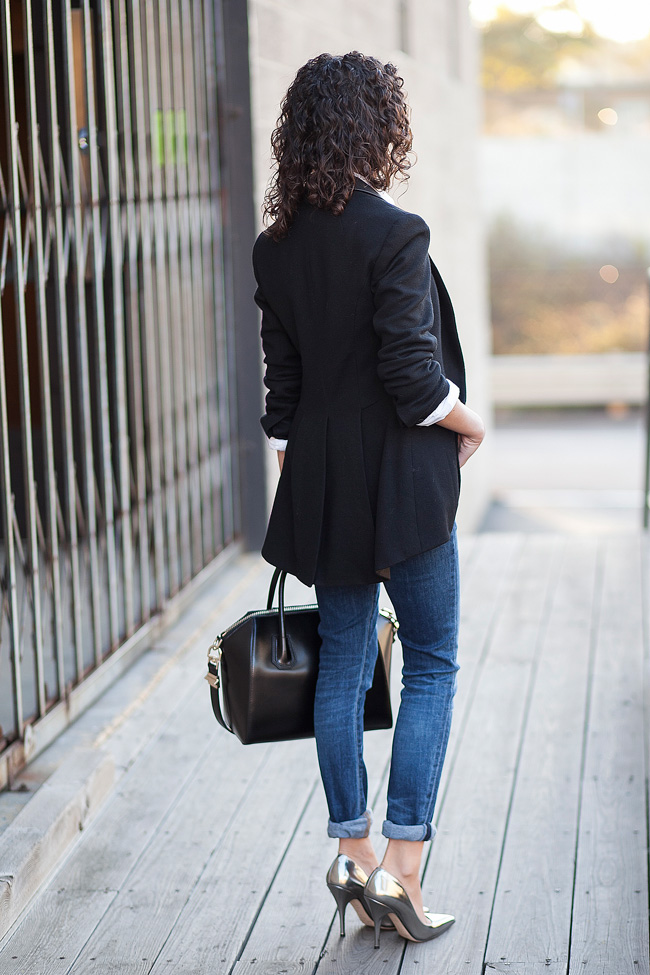 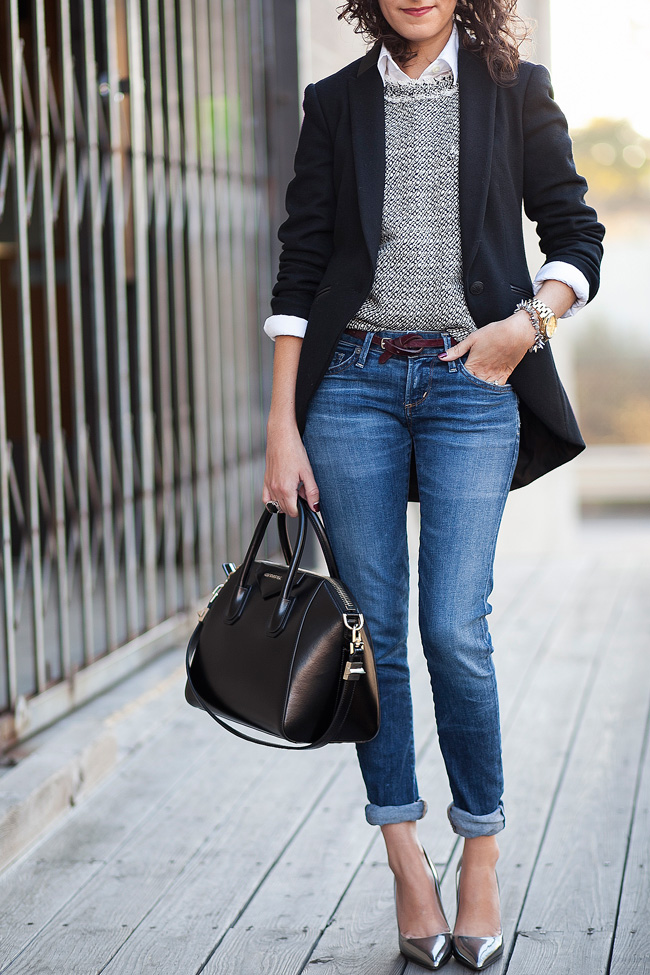 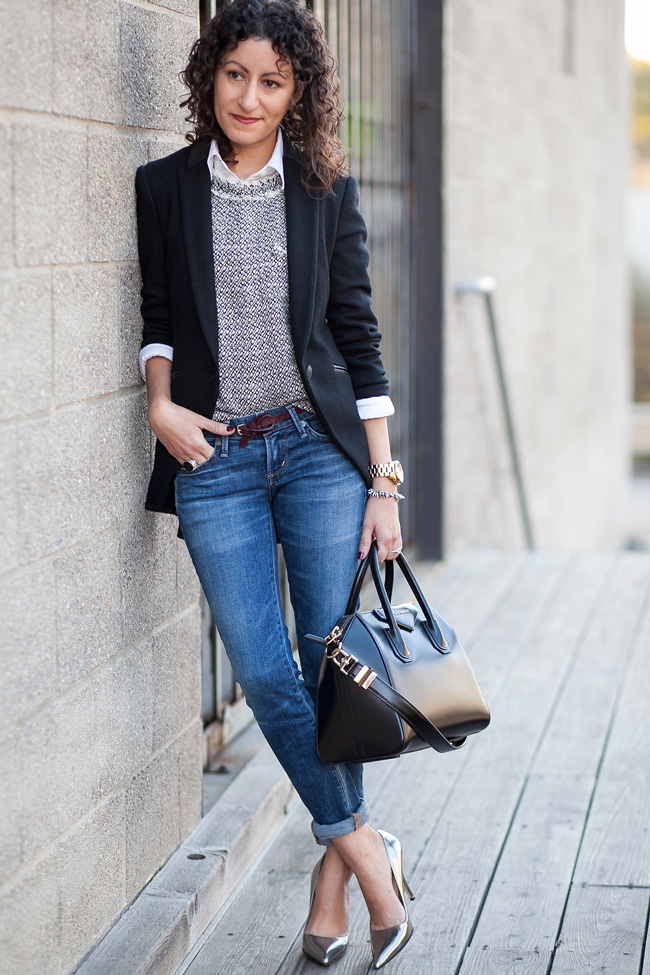 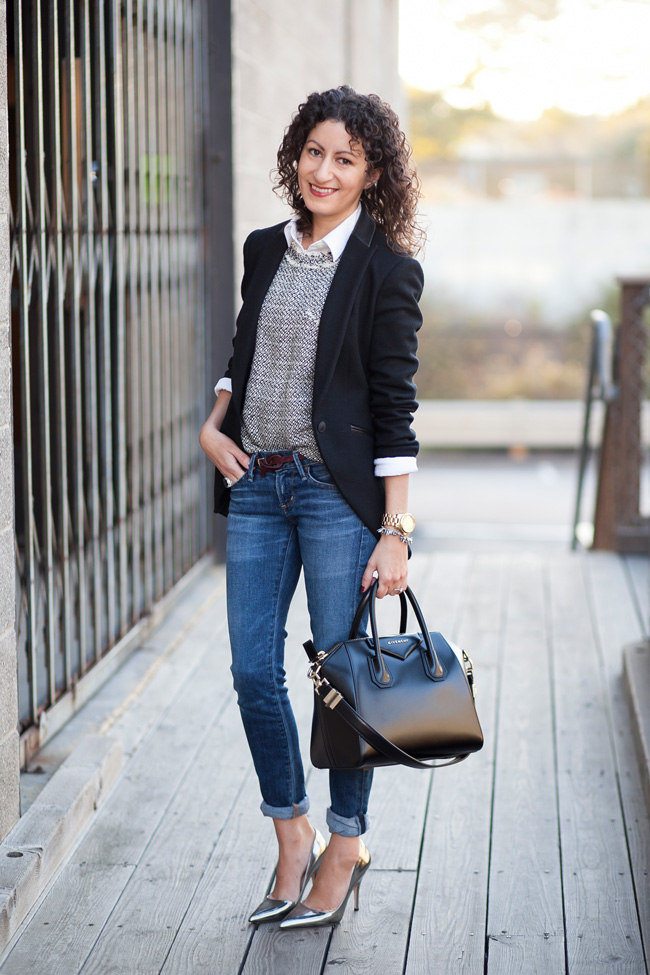 What little girl isn’t obsessed with horses growing up? Ok…broad generalization…I know. But seriously, every girl I know went through some sort of horse stage, myself included. Unfortunately, growing up in a very urban part of Los Angeles, horses were nowhere to be found, and my assurances a horse would “totally fit in our backyard” wasn’t quite convincing enough for my parents. There is still an inner 9-year-old inside me that feels jealous when I see women wearing jodhpurs (very obviously traveling to or from a riding session).

From this childhood horse obsession stems an intense love for riding jackets. I remember watching competitive riding on TV and thinking the riding jackets were insanely beautiful and elegant. Anything with a tailcoat now attracts me like a moth to a flame. My yearning to own a tailcoated jacket gets reinvigorated every now and then, most recently when I tried on this jacket at Zara. I planned to pick it up during the fall/winter sale and have it tailored with some tweaks (I wanted the tail rounded instead of square), but then I discovered this Rag & Bone version (also comes in a beautiful grey). I was sold on the better fabric, leather details, beautiful back pleats, and opportunity to pick up another piece by a designer I’m fond of.

While my initial urge to purchase this jacket may have been to quench some deeply rooted horse-envy, I found myself seeing iterations of this style over and over again while she was at the tailor, which only excited me to get her back more and more.

Case in point: over the holiday break, my mom got me watching Mr. Selfridge, an only slightly cheesy portrayal of Harry Selfridge, the American merchant who traveled to London to open his namesake department store, Selfridges. Set in the turn of the century (the show opens in the year leading up to the store opening in 1909), the characters are dressed in tailcoats galore. My favorite costume so far has been a minor character (Valerie), a fashion forward French woman working in New York advertising. This character waltzes into the series wearing a crisp white blouse, loosely tied mens tie, and perfectly fitted jacket with back peplum. Miss Rag & Bone’s distant cousin, perhaps? If you can separate Jeremy Pivon’s portrayal of Harry Selfridge from Ari Gold (à la Entourage), it’s a fun little show to watch with vintage fashion and a bit of retail history.

While my mind traveled to horse riding and the Edwardian Era, others had differing thoughts on this jacket, “conductor” and “waiter” to name a few. Whatever the inspiration, this jacket represents a wardrobe statement piece, which I deemed worthy of the alteration costs.

See this jacket before and after alterations here.

Because the jacket feels a bit formal, pairing it with casual, rolled-cuff, light wash denim felt right for weekend-wear.  The long back length does not lend itself well to flats for my height, so she will probably be a “heels only” jacket.