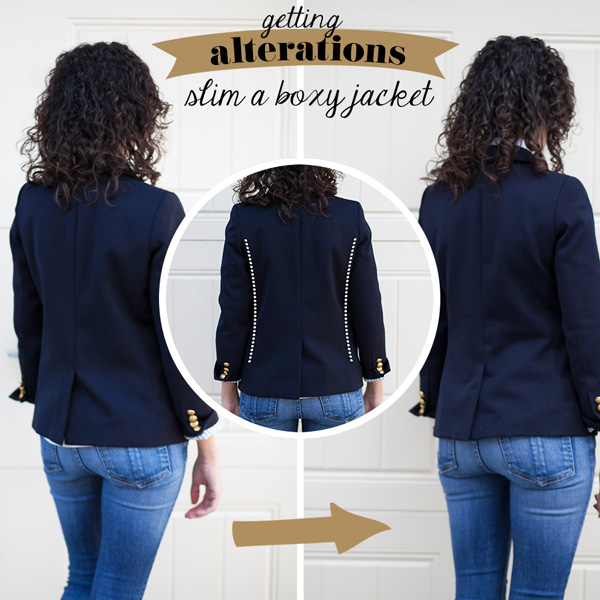 After wearing this blazer for a few seasons, it was finally time to slim the torso a bit. Some reasons you might find yourself wanting this type of alteration are, but not limited to:

In this case, we have a J.Crew Crewcuts blazer that I opted to pick up instead of the women’s version because the women’s sizes fit too big in the shoulder (a costly alteration that I’ll do for blazers I really love, but in this case, a boy’s blazer was a viable alternative).

Pockets often block the side-seams on blazers, which makes slimming the torso down the side a costly alteration. If you just want the back to have some more shape to it, as I did, a tailor can take in the blazer from the two seams that run down the back from behind the sleeves. This just contours the back of the blazer so it runs along your shape a little better. Here is another example of a boys blazer that I’ve had slimmed in this way. 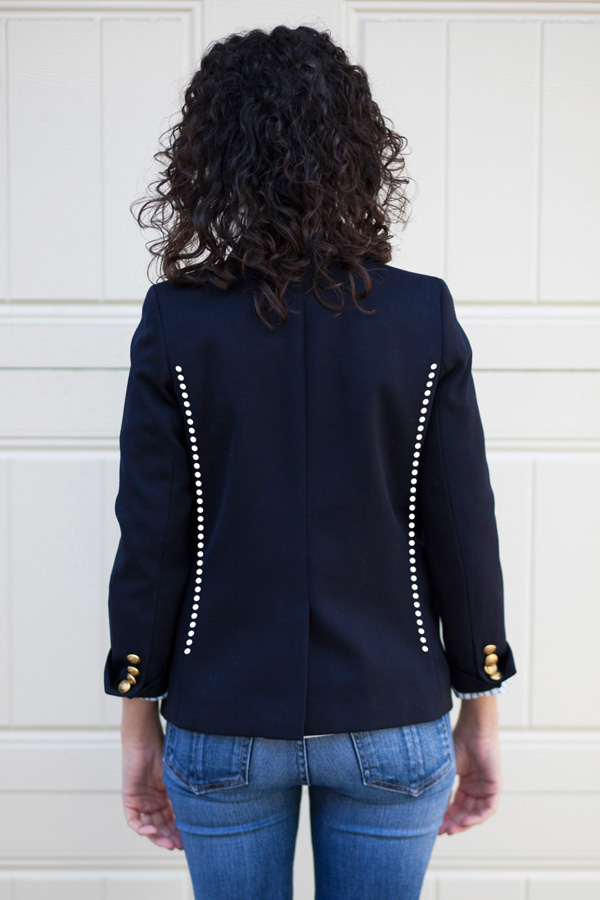 {the seams}
A tailor (or you, if you’re handy with a sewing machine) will have to open up the blazer lining, take in the seams, and then sew the lining back shut. This alteration has cost me about $40 at my local tailor, but prices can vary depending on many factors.

The results are subtle (and hard to capture on camera with this fabric), but can make a decent difference in the look of a blazer that just doesn’t show off your figure the way you’d like it to.

Since getting it back from the tailor, I wore it out shopping where I ran an errand at Brooks Brothers dressed as if I worked there. 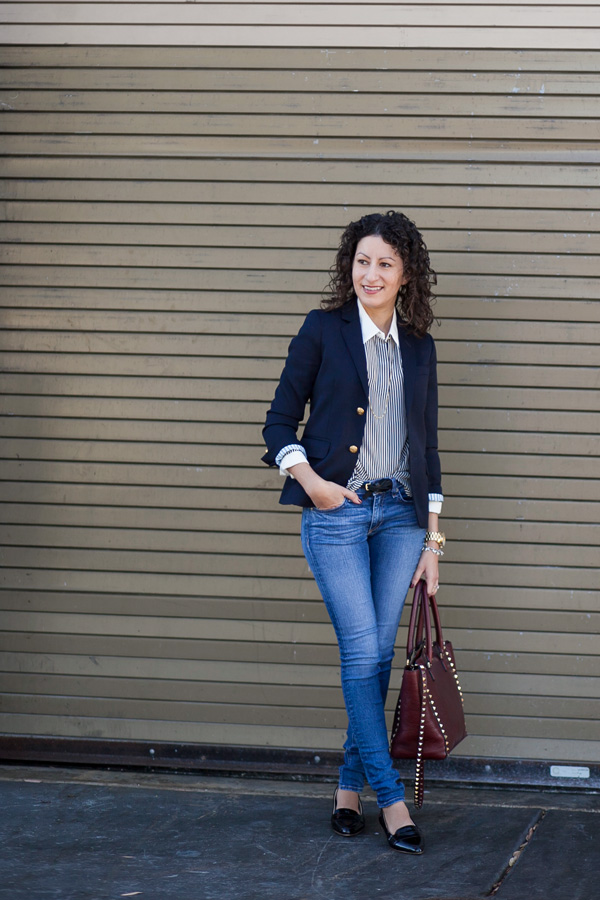 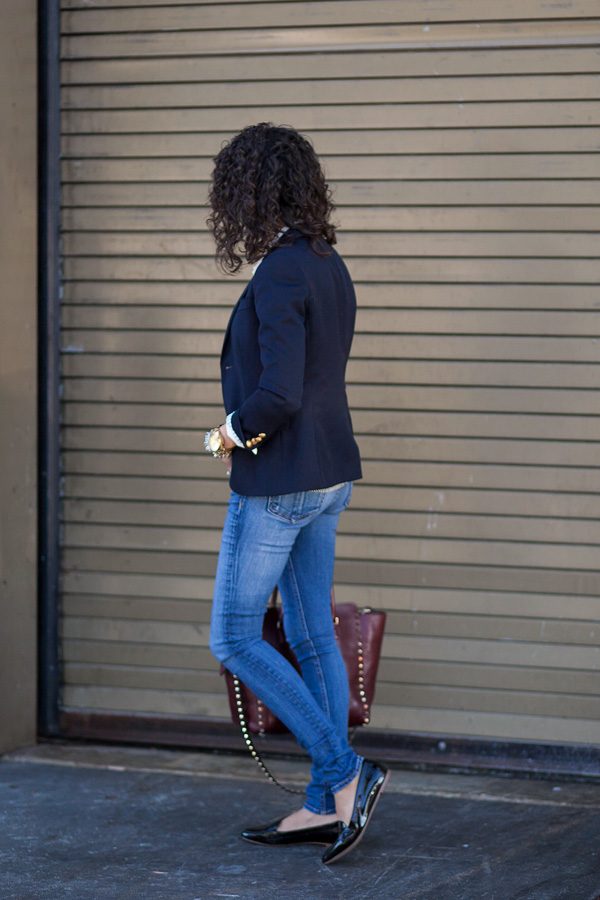 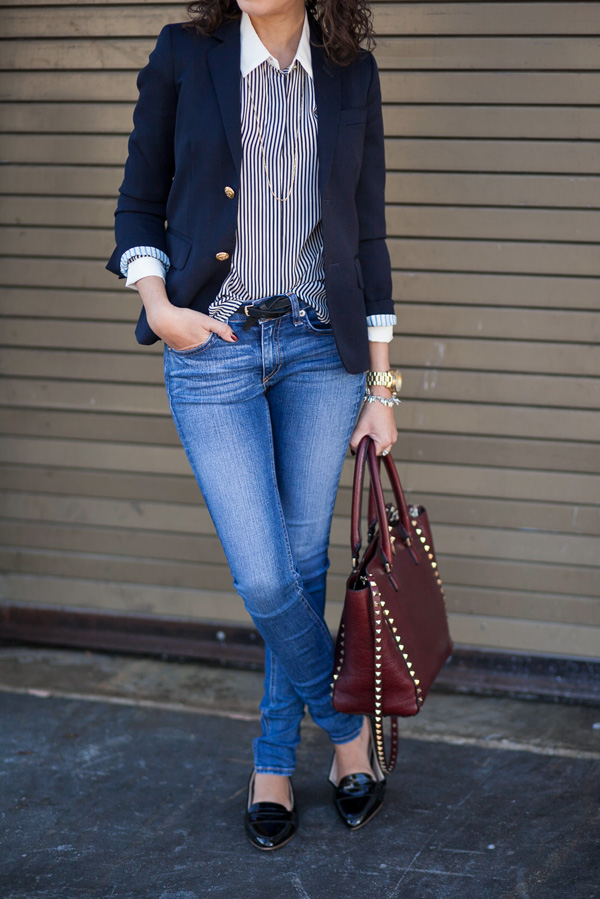 Altered: Jacket has had the torso slimmed