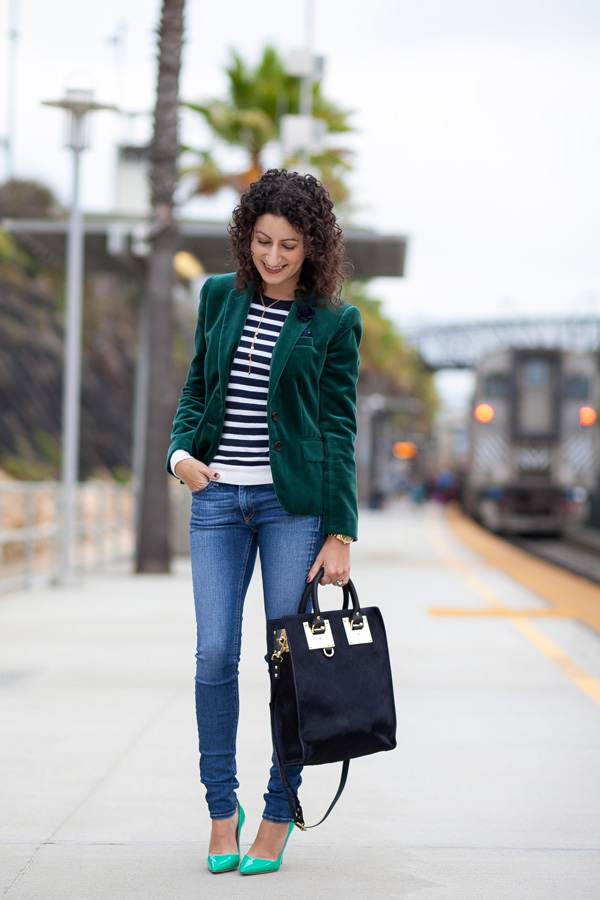 I’ve always been drawn to fabric textures, and my shopping excursions are very tactile. I’m that girl who drags her hands over everything, stroking the silks and petting the cashmeres. I’m learning that even though I have my favorite colors, like burgundy and shades of blue, I’m much more interested in textures. Sometimes, texture just makes something better. Take this blazer for example. I have little interest in a green blazer, but a green velvet blazer? Well, that’s another story.

It’s led me to build a closet full of nubby tweeds, rich velvets, shiny patents, and other tactile delights that work to make outfits more interesting than their flat fabric counterparts. Take this outfit…there’s nothing ground-breaking about pairing green and navy, but in varying textures it’s at least a little more interesting. 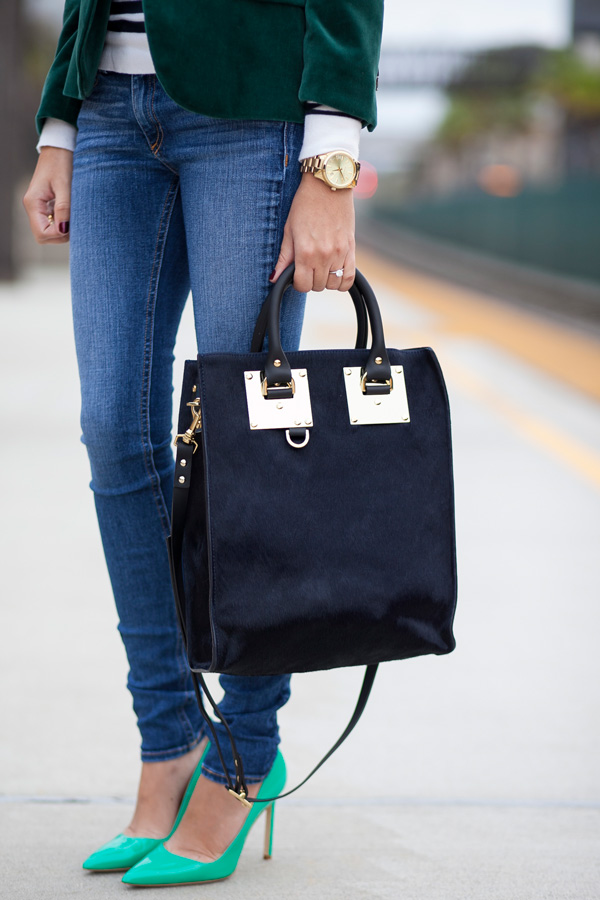 If you haven’t heard of Sophie Hulme, she’s one to watch in the handbag world. She’s a British ready-to-wear designer, but it’s her leather goods that have really caught the attention of the fashion world. Her bags are beautifully made, and the hardware is simple but statement making. She won the 2012 British Fashion Award for Emerging Talent in Accessories, has a swoon-worthy collaboration with British brand Globe-Trotter (if I were the type of person to require luggage of this sort, this is the luggage I would own. I mean, really? How beautiful is that?!), and according to her Wikipedia page, is working on a project with J.Crew (What?! Just take my money now, why don’t you?). 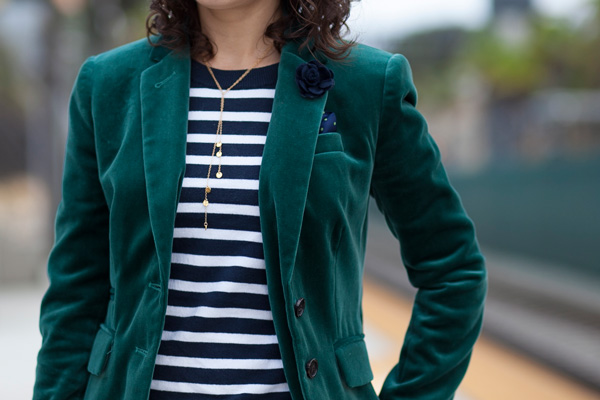 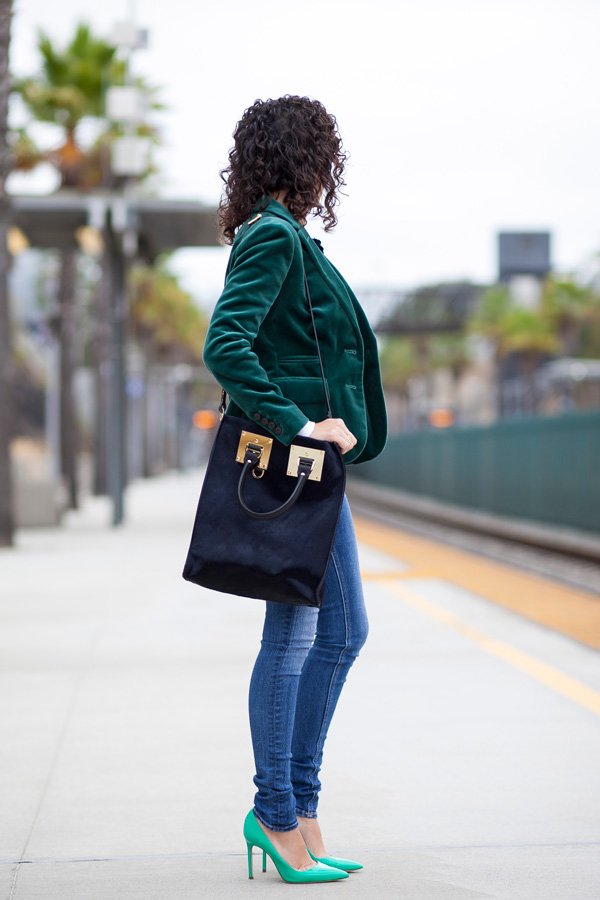 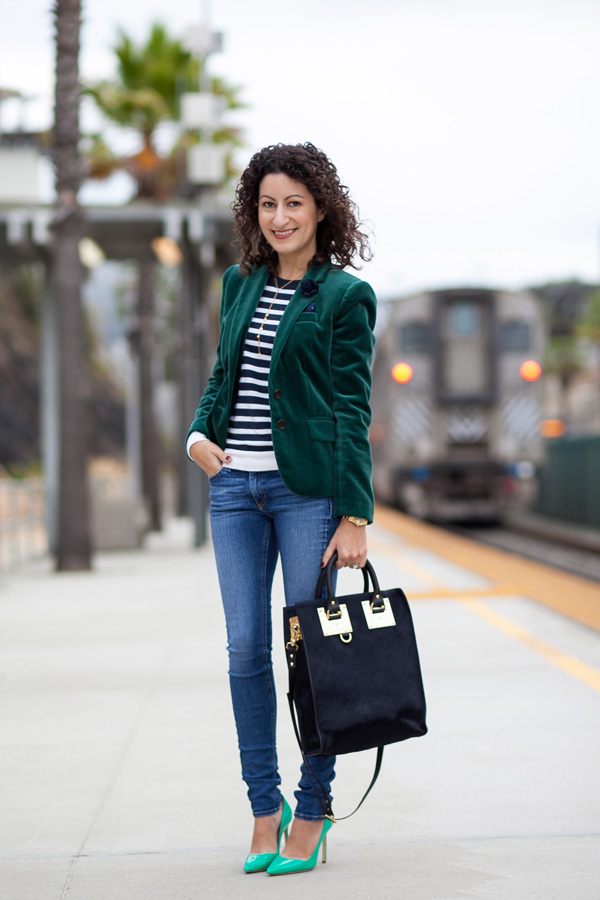 Altered J.Crew blazer has had the torso slimmed