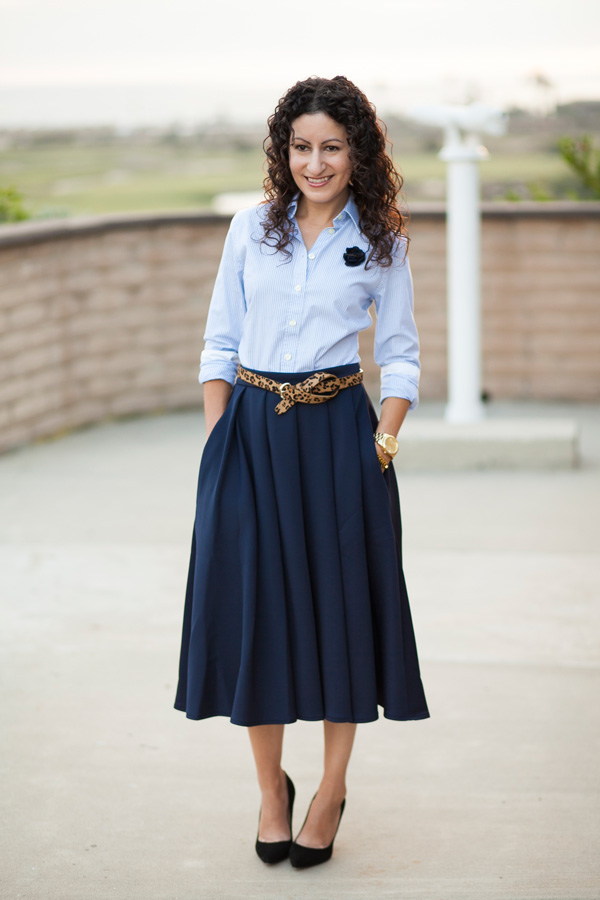 A trait of being uniquely short or tall is the thoughtfulness that occurs when we must ponder what can be seen of us from the average-heighted perspective. As a “short”, I am uniquely aware if I’ve made it too easy to peer down the front of my shirt, for example.

Being short, I also consider how my clothing choices look to people at an average height perspective. Take for example, the midi-skirt. I mentioned before that I’ve been eyeing longer length skirts, and a scroll through Pinterest will yield the fashion set looking elegant and poised outside fashion shows in full midi-skirts to the shins. Most of these girls are fairly tall, with their photos being taken either at an equal to, or slightly shorter height perspective. Since the average-heighted person looks downward at my outfit choices…could I do the same? 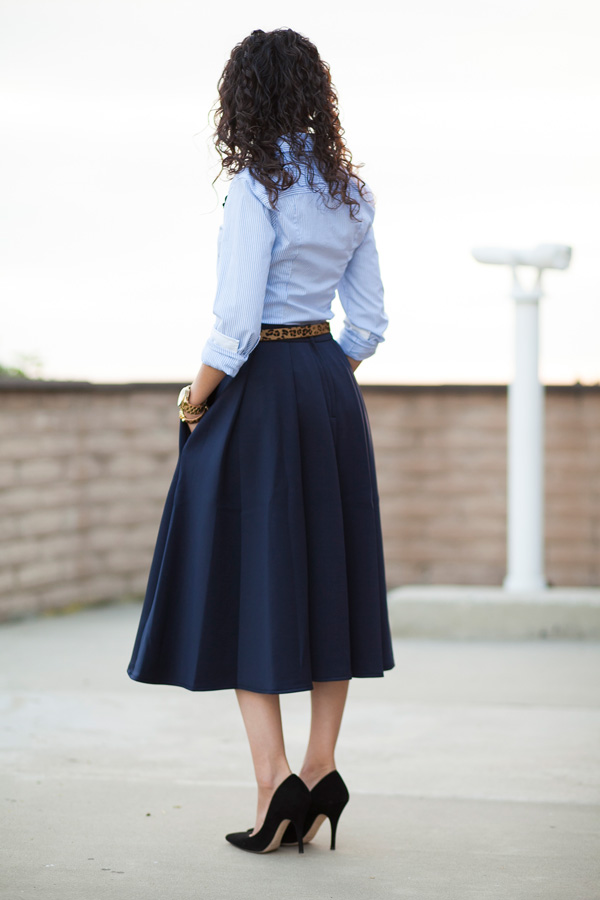 Going into this photo shoot, I had a plan to show how workable the midi-skirt could look when photos were taken from a lower perspective (meaning, my trusty photog gets to crouch down, looking up at me while he takes my photos) versus the terrible disaster that would surely take place when the photos were taken from above (my trusty photog’s natural height, which is quite a bit taller than myself). Strangely, we couldn’t get a terrible looking perspective of this skirt, which I found really shocking. In fact, the most flattering angle (I thought) was from the natural perspective of average height.

Taken at the highest height we could configure (aka, I’m standing on a downward slope, photographer is standing on his tip toes, at the top of the slope: 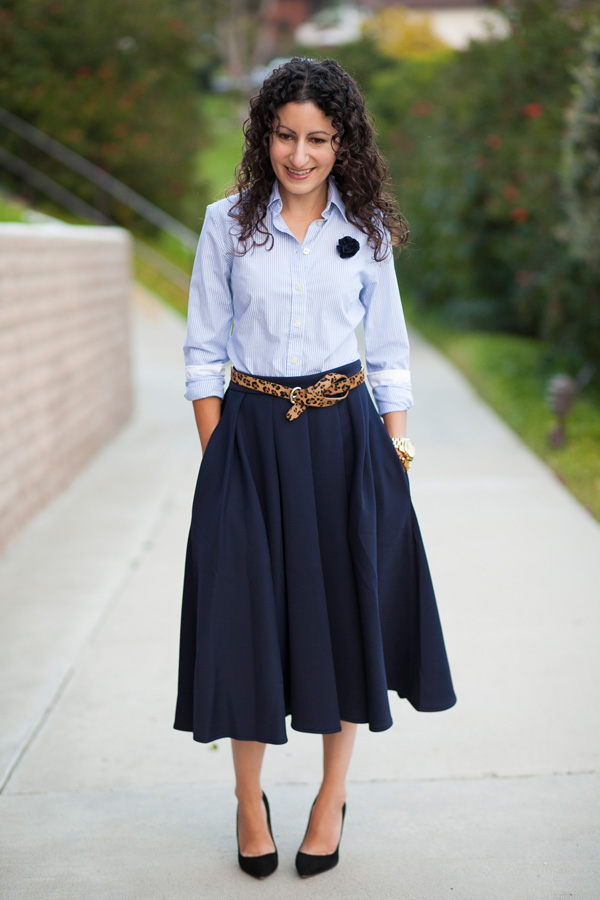 Taken from the lowest height (aka, photographer is crouching and shooting upward so that I’m taller than the perspective of the camera). This was actually what I thought was the most unflattering perspective: 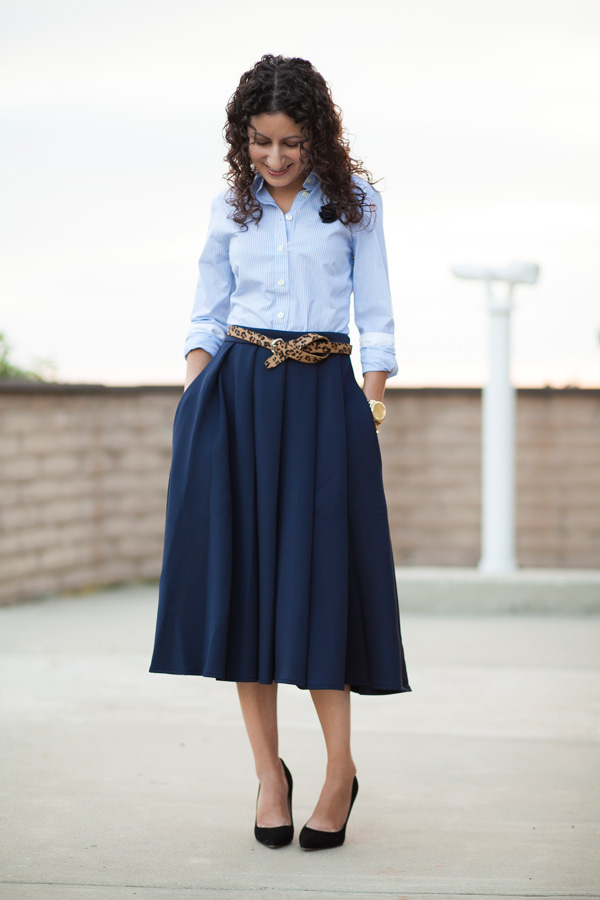 Average height perspective looking down on short ol’ me. My personal favorite: 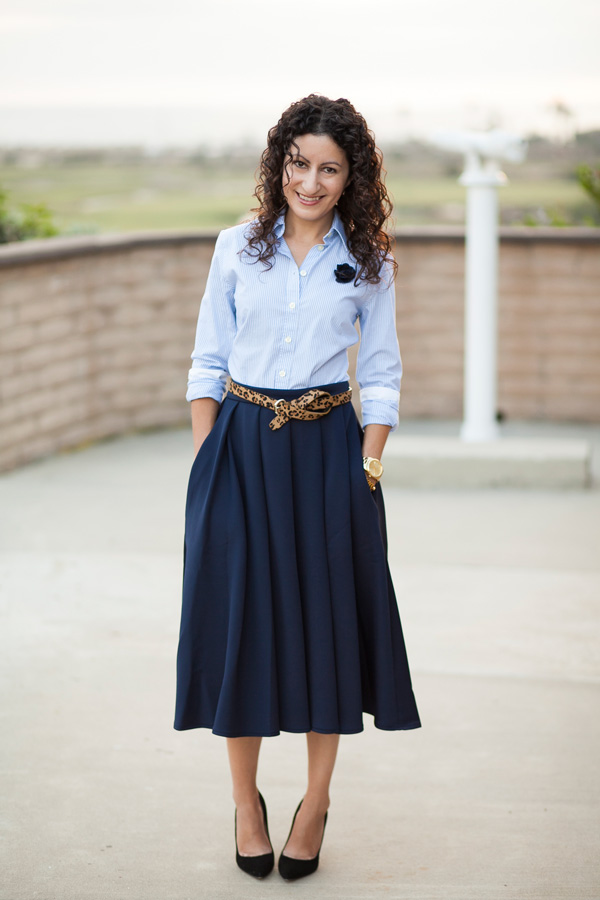 So…my initial theory was shot down…from afar, it turns out I can pull off a midi-skirt, as long as no one else is standing next to me, ratting out to the world how short I really am. Despite what the photos show, the boyfriend said it looked okay until he got about close enough to have a conversation, at which point he equated the look to a child in adult clothes. I’ll stick to knee length-ish skirts me thinks. =P