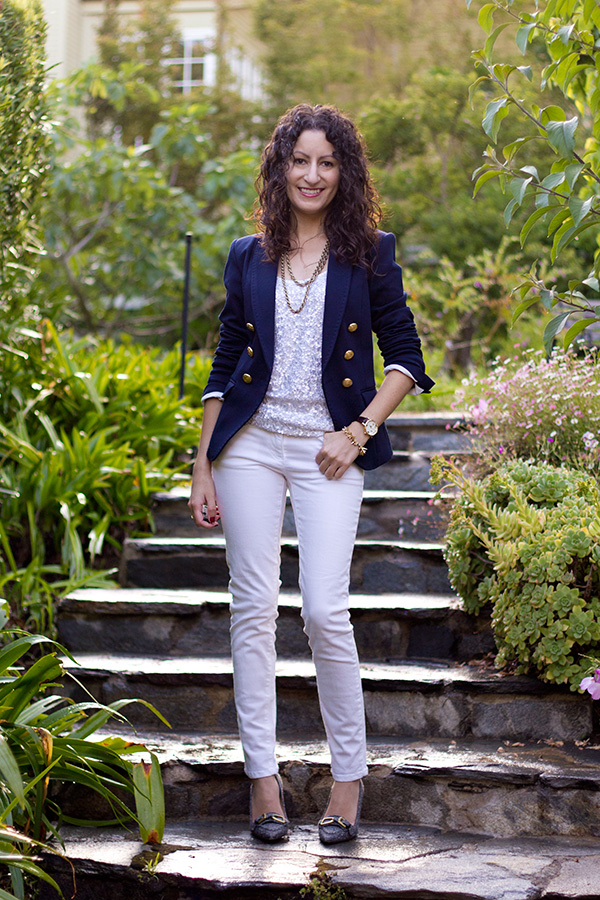 This outfit is inspired by a little clipping I made from a Lucky Magazine months ago, and pinned to a cork-board. When I first tore it out, I didn’t have a schoolboyish blazer or a sequin tank, but it put both items at the front of my mind as things I wanted to pick up. It wasn’t until recently as I was falling asleep (one of the ways I calm a ramped up brain that doesn’t want to fall asleep is to put it to work conjuring up what to wear the next day) that I realized I had very similar items that might finally work. 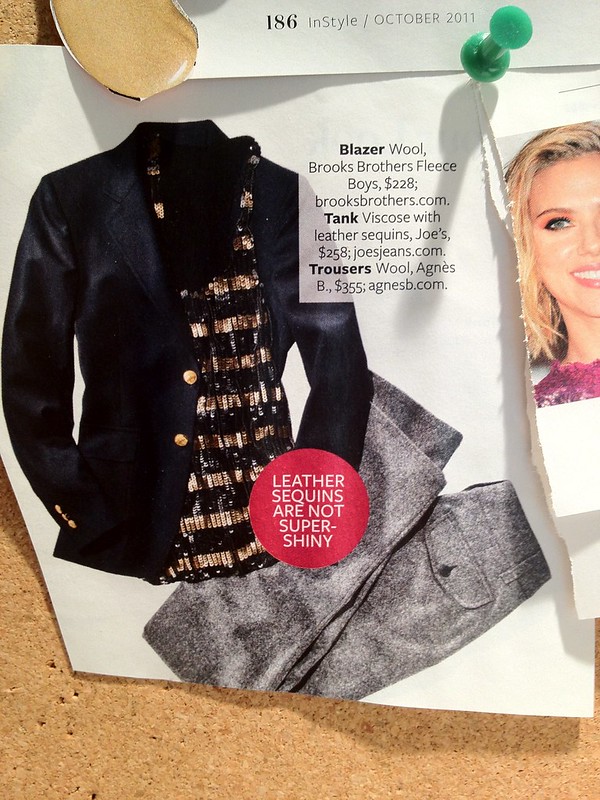 My version feels a bit more nautical than the inspiration, with the double breasted blazer and deeper contrast between the blue and white. Adding a rope-look chain necklace just solidified it.

When I wore this earlier in the day, I had on grey skinny jeans, but then a little box from J.Crew arrived. Inside this box were items that had piqued my interest ever since Jean posted about her success with Crew Cuts pants and the ingenious adjustable waistband. I saw online that the Crew Cuts denim had the same adjustable waistband and were toted as smaller versions of their toothpick jeans, so I thought they were worth a try.

These are size 10 Crew Cuts Toothpick jeans…and I like them better than the Blank jeggings I had already decided to keep (and cut the tags…and washed a few times…darn!)…who knew?

Generally, I hate kid’s denim. Besides being incensed when sales associate wave me to the children’s department, my issue with kid’s denim (and pants in general) is even though I may find adult appropriate styles and a good fit in the leg, the rise and crotch have always been a problem. Most adults are much curvier than a child, so the straight cut in the hip and tush of kid’s denim make the crotch pull and fold in the most unflattering ways. I was expecting the same from these Crew Cuts, but miraculously, the crotch and rise are a great fit. I had to tighten the adjustable waistband a few holes to contour to my waist, but the rest of the jean fits quite nice. 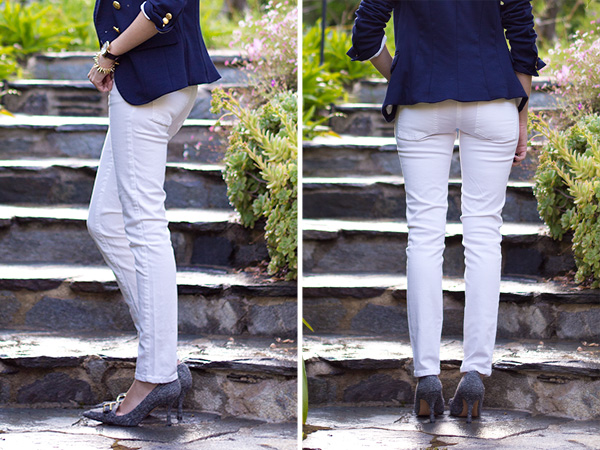 Here’s why I like these better than the Blank jeans I wrote about previously. The fabric is thicker real denim, where the Blank jeans are thinner and softer jegging material. The Blank jeans fit by virtue that they stretch, where the Crew Cuts jeans fit by virtue that they are just cut slim enough to actually fit my legs. The Crew Cuts jeans have front pockets which I much prefer, although the one caveat of that is the pocket linings can show through in the right light. Oh yeah…and the Crew Cuts are no alterations needed and a steal at $50 full price!

My one fear of the Crew Cuts denim…the length is absolutely perfect as is, and I fear they may get a tad short after a few washes. The size 12 had a safer length with a little wiggle room for shrinking, but the legs were roomier and not as flattering. One idea I had was if they get a bit short, I could cuff the bottom to just above the ankle to fit like ankle pants if need be. 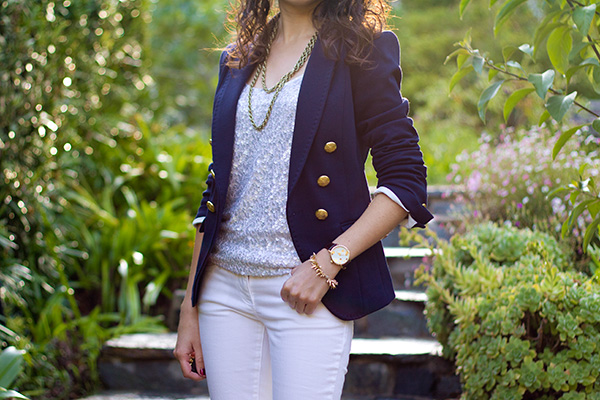 This places Crew Cuts pants officially on my radar. I’m a bit shocked that kid’s pants are being so accommodating for adult curves, but happy to find a new resource. 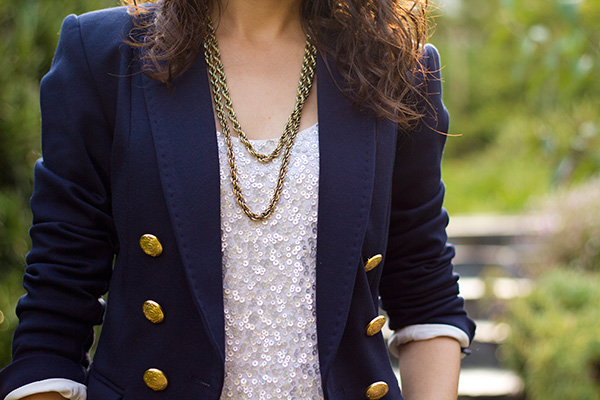 Readers – What are your thoughts on the Crew Cuts jeans? Is the threat of shrinking a deal breaker?