I was instantly drawn to this knit vest, and while I still really like it and have worn it a few times now, I feel the outfits I’ve put together with it look better envisioned in my head than in practice. I’m not quite sure if it’s my styling limitations, lack of creativity, or just the vest that isn’t working.

Case in point #1: I wore the outfit in the photo above for a day of running errands, and felt very put together in it at the time. But after taking the photos with the intent of an OOTD post, I had a change of heart. As I stared at the photo, it felt very “meh” and as if there was too much bulk on top. 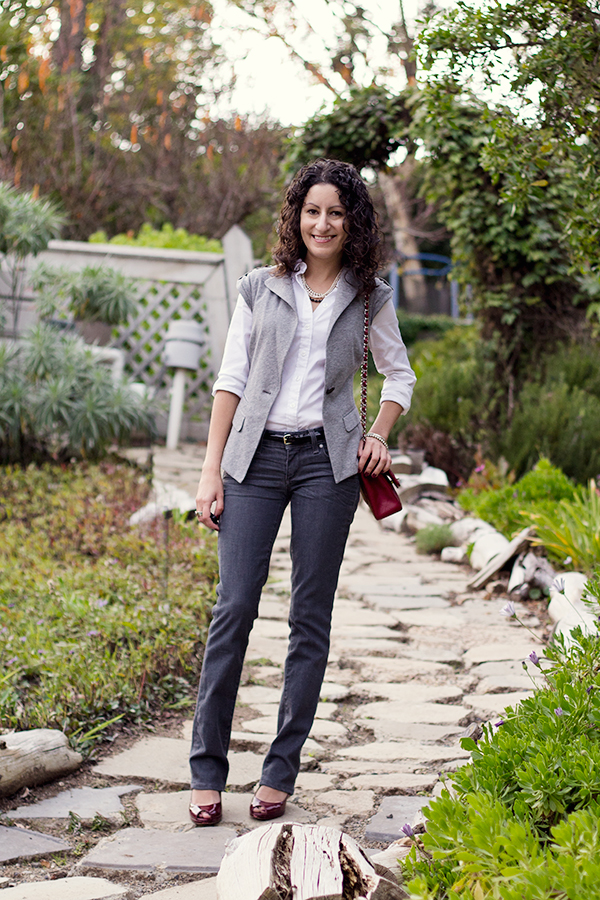 Case in point #2: I thought leaving the vest open might be a better choice, so wore the outfit above around town and took photos for an OOTD post. Once again, as I looked at the photos, the outfit just wasn’t living up my expectations.

Both of these OOTD posts ended up abandoned, and as I was going through my drafts, I realized I had two sad, unfinished posts, both of which just so happened to be outfits in which I was trying to make this particular knit vest work.

This vest has grand potential…in my head. Now I’m wondering if that’s the only place it will really look the way I want it to. Maybe I’m not being creative enough, or maybe I have too big of expectations. Maybe it looks just fine, and it’s me who’s being unreasonable.

So, my questions for you are:

Is it me, or the vest? Have I just not unleashed it’s coolness yet? Is it just not very cool to begin with? Or are my expectations out of whack, and it looks just fine? How would you style it?