A few weeks ago, I went to go see Tim Gunn speak about his new book, Gunn’s Golden Rules, in Los Angeles.

He talked about his new book, why he decided to write it, and the people in his life who influenced him. He’s such an eloquent speaker, and his sincerity and tone make him instantly likable. I wish I was paying more attention to what he was actually saying, but as it was, I was so excited to try and get a good picture of him (from behind some very tall people who decided to stand front and center), that I was a bit distracted. 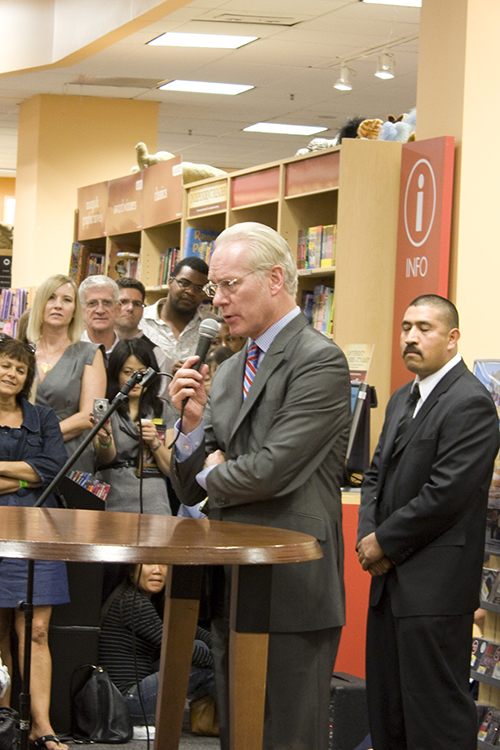 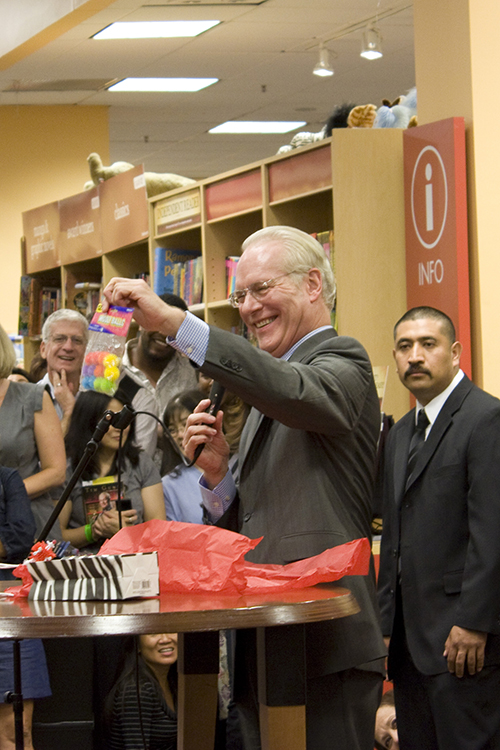 Someone in the audience gave him “Fuzzy Balls”

He took some questions from the audience, and most people were thirsty to hear about the gossip on the current season of Project Runway.  His honesty shocked me a little bit, as he said some not so flattering things about some of the contestants, and even the judges. He even hinted that he may not be returning for another season! Oh no!

After speaking and taking questions from the audience, Tim Gunn hung around for a book signing. He was so popular, the line snaked through the bookstore and out the door!

When it was our turn to meet Tim Gunn (I went with a friend), he was so incredibly kind to not only take a photo with each of us individually, but also a third photo of the three of us together! He was so warm and inviting, and didn’t shy away from getting close for the photos. 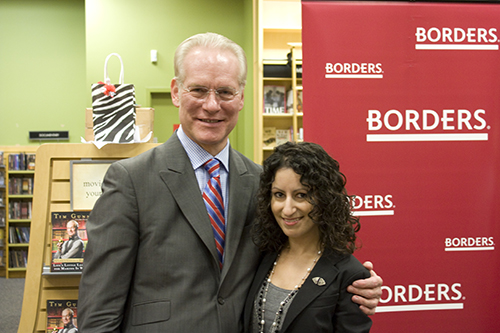 I would love to say here that I exchanged witty banter and chatted him up, but I’m so incredibly shy that I become virtually mute around anyone I find even remotely interesting. I did muster the courage to compliment his tie, which got a friendly response (it was the first time he ever wore it). He signed our books, took photos with us, and we excitedly went on our way.

When I got home, I wasn’t very enthused to read the book, since I was under the impression it was all about etiquette, which isn’t something I’m very excited to read about. I sat down with it the next night before going to bed…and I was hooked!

The book is actually a really fun read! Sure, the book talks about manners, but it’s all wound around the crazy adventures and people in Tim’s life. Ranging from childhood experiences, all the way to present day and the fame Project Runway has brought him, Tim dishes some juicy stories on the not-so-nice people he’s met on his journey and his thoughts on their…um…poor attitudes.

Tim also opens up about the difficulties he’s overcome in his life to get where he is today. For example, he’s such an eloquent speaker, that I would never have thought that he suffered a terrible stutter as a young man. He’s also so incredibly shy that certain opportunities in his life terrified him to the point of violent illness. In the book, Tim also talks about his sexuality, and the difficulties growing up as a gay youth. He felt so lost in his youth, he even attempted suicide. His ability to overcome these things and become the successful person he is today is really inspiring.

While at the book signing, I got Tim Gunn to sign another hardcover copy of his book, Gunn’s Golden Rules, which I’ll be giving away to one lucky reader. 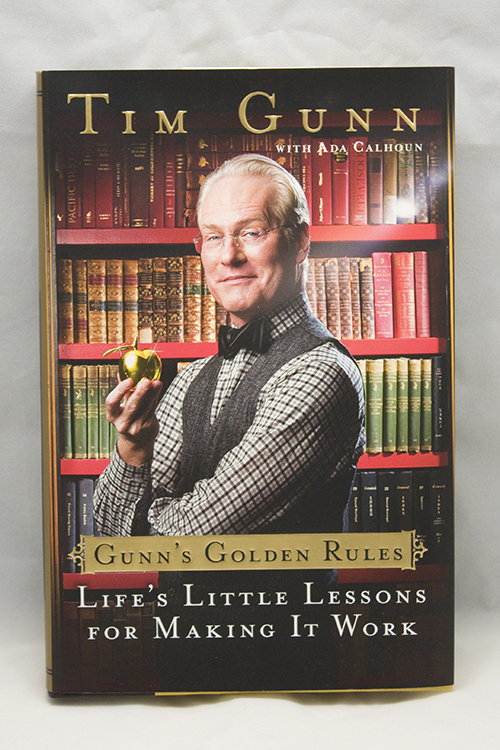 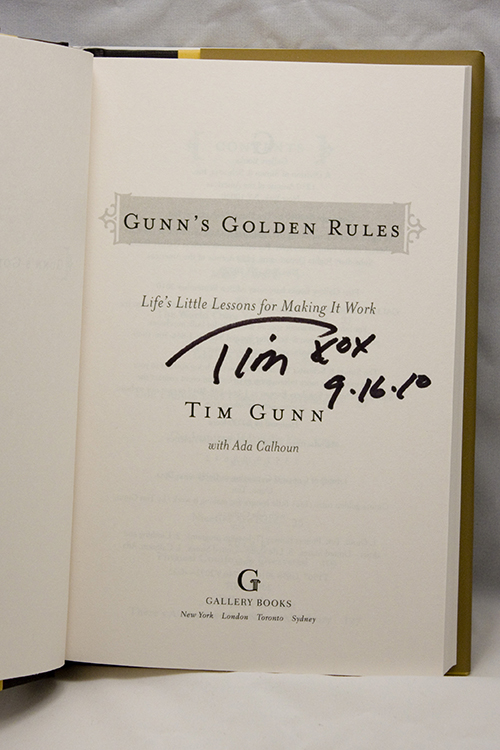 ~ email addresses will only be used to contact the winner.
~ Tim Gunn has not sponsored or endorsed this giveaway.

Disclosure – Clicking or purchasing through the links in this post may yield commissions for AlterationsNeeded.com. See the Alterations Needed Disclosure for more details.